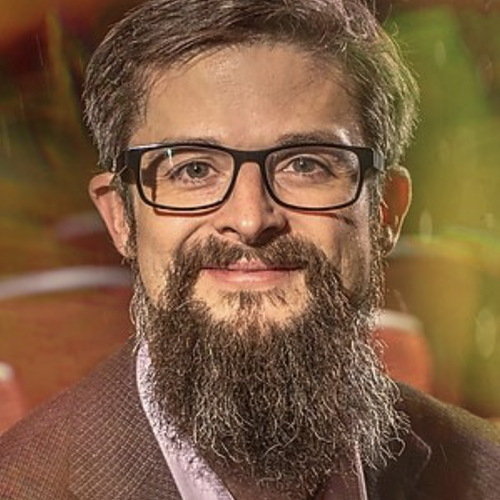 Professor of Psychiatry and Behavioral Sciences at Johns Hopkins

TRIALS,TRIBULATIONS & BREAKTHROUGHS: THE FUTURE OF LEGAL PSYCHEDELICS [9:20AM EST]

Dr. Matthew W. Johnson, Ph.D., is Professor of Psychiatry and Behavioral Sciences at Johns Hopkins. He is one of the world’s most published scientists on the human effects of psychedelics, and has conducted seminal research in the behavioral economics of drug use, addiction, and risk behavior. Dr. Johnson earned his Ph.D. in experimental psychology at the University of Vermont in 2004.

Working with psychedelics since 2004, Dr. Johnson published psychedelic safety guidelines in 2008, helping to resurrect psychedelic research. As Principle Investigator he developed and published the first research on psychedelic treatment of tobacco addiction in 2014. Dr. Johnson and colleagues published the largest study of psilocybin in treating cancer distress in 2016. His 2018 psilocybin abuse liability review recommended placement in Schedule-IV upon potential medical approval. He is Principle Investigator on funded studies investigating psilocybin in the treatment of opioid dependence and PTSD. Beyond psilocybin, in 2011 Dr. Johnson published the first-ever blinded human research showing psychoactive effects of salvinorin A, the active constituent in Salvia divinorum. He also published in 2017 the first data indicating that MDMA pill testing services may reduce harm, specifically by reducing drug consumption of unknown or undesired adulterants.

Dr. Johnson was 2019 President of the Psychopharmacology and Substance Abuse Division of the American Psychological Association, and is current President of the International Society for Research on Psychedelics, an organization he founded with colleagues. He has received continuous NIH funding as Principal Investigator since 2009. He has reviewed for >75 journals and has served as guest editor on two special issues on psychedelics. Dr. Johnson has reviewed grants for NIH, NSF, the US Military, and multiple governments outside of the US. He is a standing member of the Addictions Risks and Mechansims (ARM) NIH study section. He has provided invited presentations in 13 nations.

If you'd like to get your brand in front of attendees following the categories this speaker is talking about (on this page, via email and during each talk) contact us.

By clicking 'Accept', you agree to the use of cookies. To learn more see our Privacy Statement.