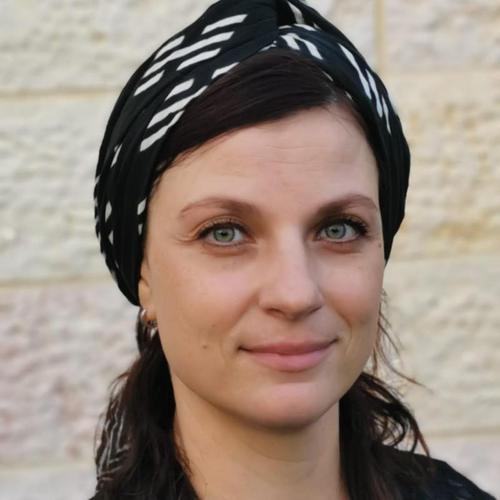 Senior Researcher at The Hebrew University of Jerusalem

WHAT YOU DON’T KNOW ABOUT: CANNABIS, CANNABINOIDS, & ENDOCANNABINOIDS [11:20PM EST]

Natalya Kogan earned B.Pharm and M.Sc degrees at the Hebrew University School of Pharmacy and graduated with excellence.

Natalya Kogan was one of the winners of a Kaye Innovation Award, presented during the 68th meeting of the Hebrew University Board of governors. She has received numerous prior awards: the Wolf Prize for junior investigators (2005); the Keren Kayemet prize (2005); and a Best Poster Award at the 2004 Symposium of the International Cannabinoids Research Society. Her Ph.D. work is supported by a personal award (for high grades and research achievements) from the Canadian Friends of the Hebrew University.

Working under the supervision of Prof. Raphael Mechoulam at the Hebrew University School of Pharmacy (in collaboration with Prof. Michael Schlesinger at the Hebrew University-Hadassah Medical School and Prof. Ester Priel at Ben-Gurion University of the Negev), Kogan has developed new compounds – known as quinonoid cannabinoids – that parallel in their activity a group of anti-cancer drugs, the best known of which is daunomycin.

However, while daunomycin is toxic to the heart, Kogan, with Dr. Ronen Beeri and Dr. Gergana Marincheva of Hadassah University Hospital, Ein Kerem, found that the quinonoid cannabinoids are much less cardiotoxic. The development of quinonoid compounds that display anticancer activity, but are less toxic, is a major therapeutic goal. At present, Kogan is continuing to investigate the mechanism of action of these promising compounds.

All of the compounds synthesized by Kogan inhibited cancer cell growth in cell culture, and one of them was found to markedly reduce the volume of tumors in animal studies. The cannabinoid quinones were found to act through a rather unique pathway of cancer cell destruction -- by specific inhibition of topoisomerase II, an enzyme that participates in cell replication. Most of the known anti-cancer drugs are less selective, acting by numerous mechanisms.

Additionally, the most active compound in the series developed by Kogan, as well as some other cannabinoids, were found by Kogan and Prof. Ruth Galilli of the Hebrew University to have anti-angiogenic properties. Angiogenesis, the process of new blood vessel formation, is crucial for tumor growth, and much effort has been invested by researchers in the development of compounds with anti-angiogenic activity.

Since the compounds developed by Kogan have anti-cancer properties and are more selective and potent than standard chemotherapy drugs, they have a high potential for use in new anti-cancer drugs.

If you'd like to get your brand in front of attendees following the categories this speaker is talking about (on this page, via email and during each talk) contact us.

By clicking 'Accept', you agree to the use of cookies. To learn more see our Privacy Statement.